Yesterday’s Miami Herald published a truncated version of the Great Vacation Tips for 2016. Here on the blog, we’re going into more detail.

So this tip might seem obvious: You better shop around. Especially when it comes to expensive trips.

But that doesn’t just mean going to Trivago or Kayak or Expedia. It means getting on a phone. And it means comparing more than just price. 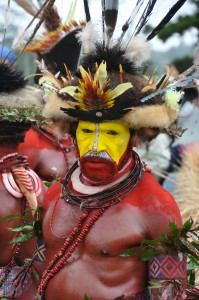 A friend who is planning a trip to Papua New Guinea — far away and yes, pricey — got a quote from several top-end travel arranger. Because she wants to visit during the August tribal gathering called the Sing-Sing, she’s required to travel with a group, at least for that part of the trip. She cares passionately about great guides. As for hotels, well, as someone who has been to PNG, let’s just say that there’s little choice. One company gave her a great itinerary — and an equally lofty price. A second company gave her an itinerary that was virtually identical, right down to the hotels — at half the price.

Another example: A group that’s traveling on the Danube this summer. A half-dozen cruise lines offer similar itineraries. Each couple in the group was given a list of details to investigate and assigned a company. On the check-out list were items including price, dates, travel time between the tour’s city of origin — Bucharest or Istanbul — and the ship, costs, inclusions and touring options. When the chart came together, it was clear that the trip that looked to be the least expensive didn’t include as much and involved larger tour groups with fewer land excursion options. For nearly the same price, the group could get a trip with smaller day touring groups and significantly more excursion options. And the cabin configuration was more appealing.

The lesson: Do enough research to figure out what you want, then compare options from well-regarded companies and suppliers. If this is a once-in-a lifetime experience, focus on the one thing that is most important to you — A great guide? The best hotel? — and let the rest fall where it may. If it’s a nice trip but not an important anniversary, you might be more mindful of cost than luxuries.