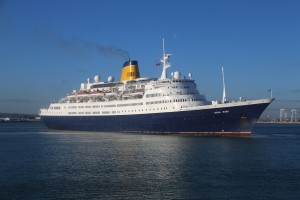 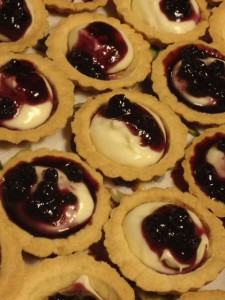 The bell rings, one of the Berry Manor Pie Mom calls for the raising of the forks, and the call comes out. “Let’s eat some pie!” And off we go onto a calorie-laden three-hour forage for crust and filling, 40 flavors in all, at 27 bed-and-breakfasts, galleries, shops that on regular days serve up spa treatments and gourmet olive oils and yarns.

Though this is the 10th annual Pies on Parade festival in

Downtown Rockland, it is our first romp through a glorious feast of tarts, pies, quiches, pizzas, pastry shells and cobblers in just about every sweet and savory combination imaginable. pecan, raspberry, blueberry, cinnamon, pumpkin,

Though the Berry Manor moms, Capt. Lindsey’s Ken and Ellen Barnes, and Bobby Flay-nemesis Lynn Archer posed tough competition, our favorites came from the Artspace cooperative, where five artists turned their talents to a yummy pair of pastries, one made from apple, sausage and cheese, and the other of apricot and almonds — Yum! — serving up 50 pies in all. 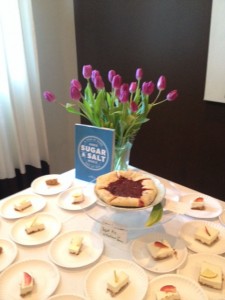 The pie parade is a fundraiser for the local food pantry. This year’s event was a sell-out, with more than 600 buying the $25 tickets, and a not-a-prayer waiting list.

Yeah, I can hear you thinking. But really, is this reason enough to leave your home in warm-and-sunny Miami for wicked cold (that would be 18 too-cold-to-snow degrees) in Midcoast Maine?

Really, once you pull on long johns, jeans, and four layers of arctic wear and down courtesy of L.L. Bean, Icebreaker and Uniglo, it’s not bad.

If you REALLY want cold, come up the weekend after the Super Bowl for the annual National Toboggan Championships. (The year we went, it was so cold that even the Flaming Hot Menopausal Mamas sledding team members huddled by the bonfire and hid out in the Chowder Competition tent.)

For that, you definitely need to fortify yourself with a hearty breakfast at Home Kitchen Cafe and dinner at Shepherd’s Pie, our favorite local restaurants. Or heck, you could just burrow in front of the fireplace at the Camden Harbour Inn and sip a Winter’s Wrath at Natalie’s restaurant and bar. A couple of cocktails, and you won’t care about what’s happening outside.

Celebrating winter in midcoast Maine (near Rockland and Camden, by Penobscot Bay): 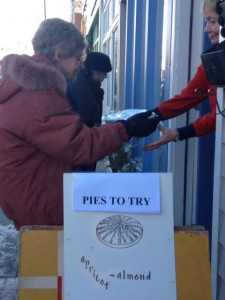 In the old pre-recession, pre-last-minute-sale days, airlines offered their best fares for tickets booked in advance. Those days — sadly — are back with a vengeance.

Most airlines will tell you they require a 14-day advance purchase on their sale fares. With a heartier economy and less competition in the skies, I’m finding that after the 21-day mark, fares go up substantially.

On American, prices can jump as much as 30 percent on that magic day between the 21-day advance and the 20-day advance. And the prices go up again at the 14-day mark.

Another change for AA fliers: The “free hold for 24 hours” function used to hold the price until 11 p.m. the next day. Now that function is “up to” 24 hours…which means after a much briefer period you can find that your great fare has skyrocketed. Beware. 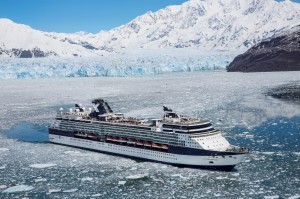