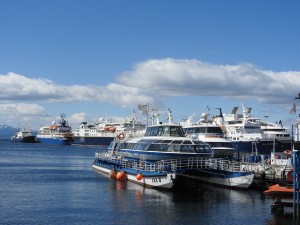 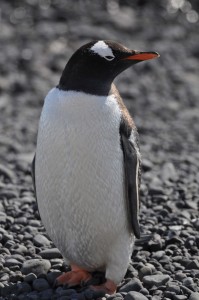 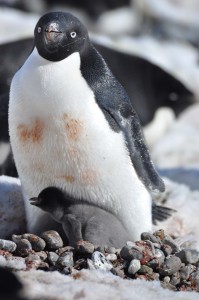 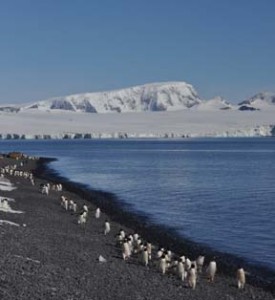 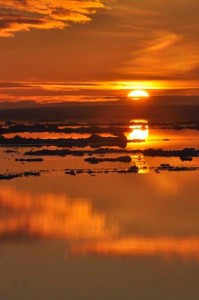 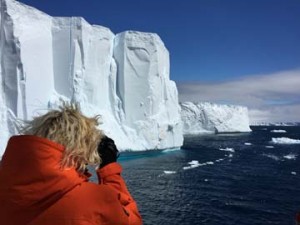 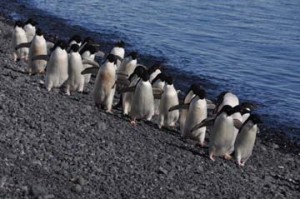 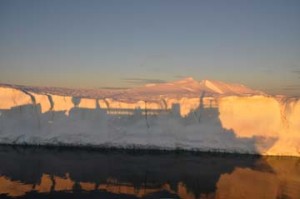 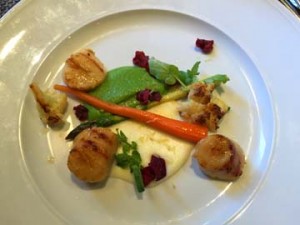 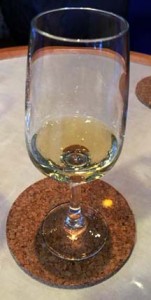 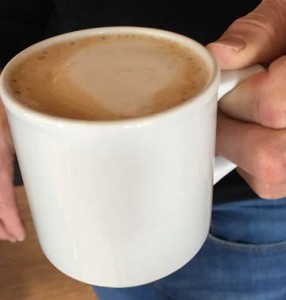 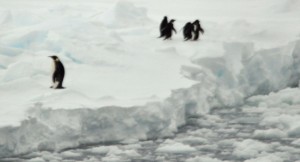 The days are governed by skies, wind, ice and yet another splendid meal. A stunning clear morning is prime time for zodiac cruises around a glacier-rimmed bay, 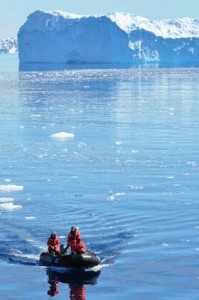 past see-through arches carved in blue ice and confetti-like cubes strewn across the water. An unexpected apparition appears on the horizon: a Viking boat manned by two spike-helmeted Hagars. Patrik, the Swedish hotel manager, has arrived to serve us a surprise potion of hot chocolate, laced with a choice of schnapps or whiskey.

The fine weather continues; by afternoon, the temps have reached the 40s – too warm even for our fake-fur-lined parkas. Down-style jackets offer enough warmth for an hour of kayaking around the windless bay, trying to catch a photo of porpoising penguins and going close as we dare to the cerulean berg that oddly resembles the Grand Canyon. There’s time still for a visit to an old whaling station, long commandeered by wildlife. Gentoo penguins march along paths in the snow 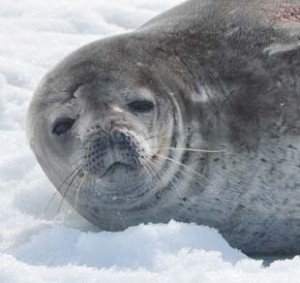 from rookery to sea. The occasional skua lands in a rookery, trying to snag an egg. The penguins squawk madly and close ranks. A pod of Weddell seals snooze near the coast.

This fine afternoon, our expedition leader decides, is the perfect opportunity for the polar plunge. This is exactly what it sounds like – a leap into the frigid sea. The adventurous and foolish gather in the mud room – our usual staging place for Zodiac tours and shore visits – but this time without any clothing heavier than bathrobes. The appropriate attire for a plunge is a matter of individual choice; some are in shorts and Ts, others in bathing suits. The previous cruise, we learn, a guest has gone into the water in his tighty whities … a vision alarming enough to cause staff amazement weeks later.

The mud room has turned into a dance party of sorts. Patrik, the hotel manager, has revved up the tunes. The line to the kayaking platform from which we will plunge moves quickly, leaving little time for second thoughts. Down the steps, off the edge, into the sea – YOW! – and you’re quickly pulled out, then wrapped in a towel by the ship’s doctor, who stays close at hand.

Unlike the usual cold-weather swim when the water is warmer than air, in this case the water is at 30 degrees, with the air somewhat warmer. A shot of schnapps resets the circulation. 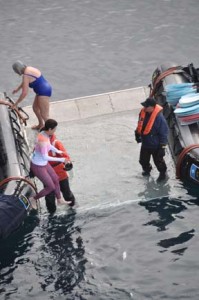 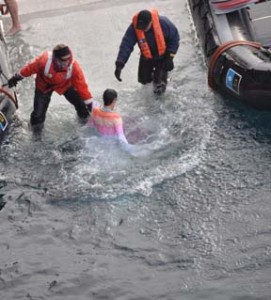 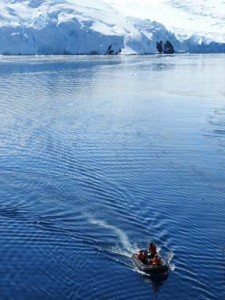 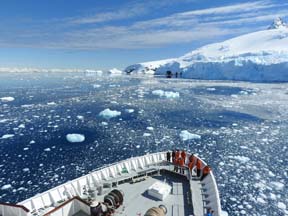 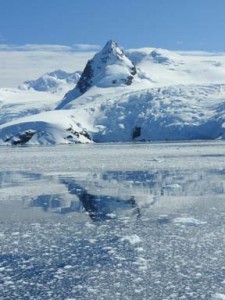