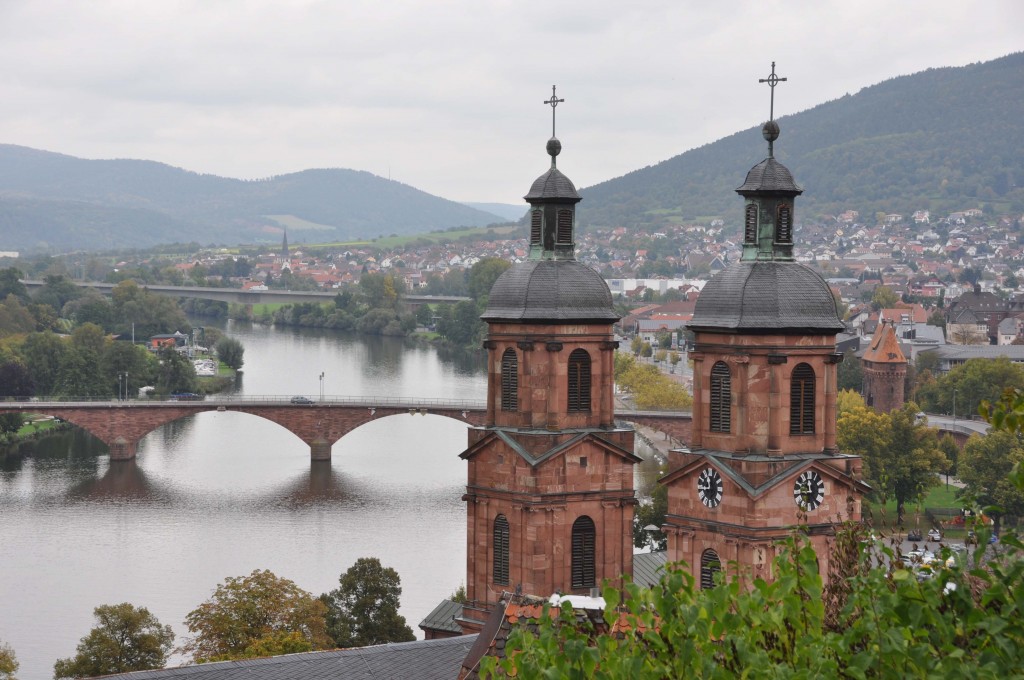 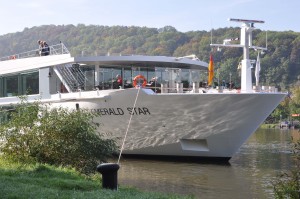 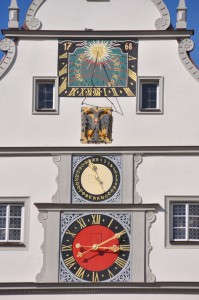 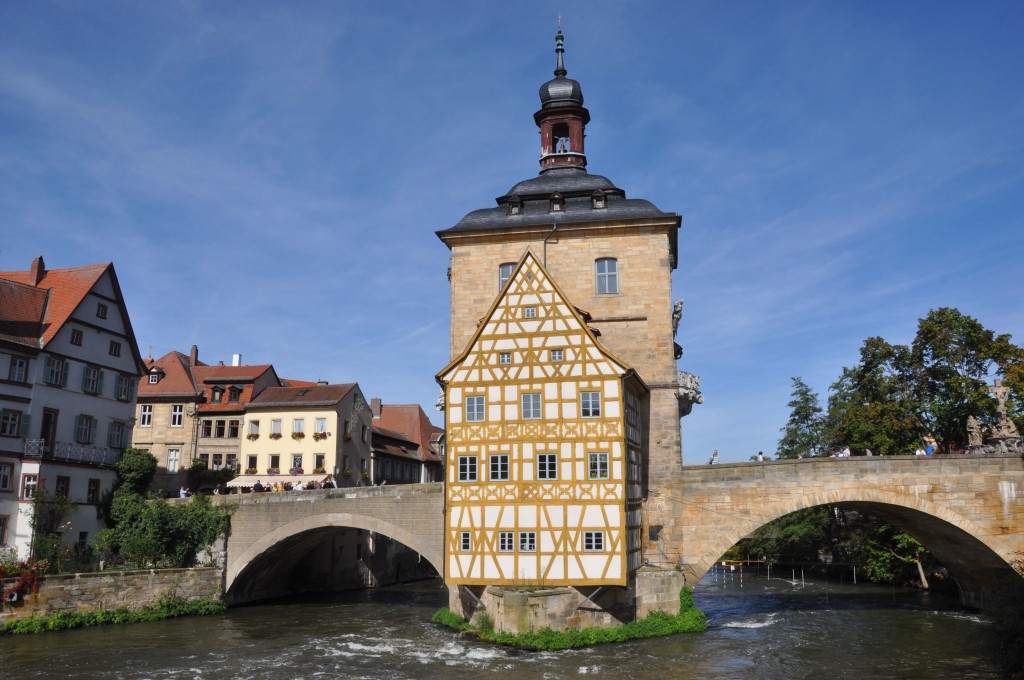 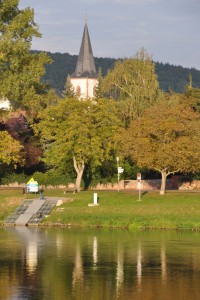 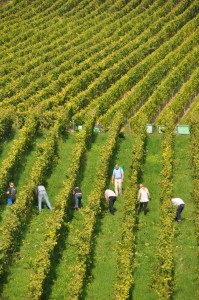 You rarely see Philadelphia touted on the covers of glossy travel and food magazines. But it should be. The City of Brotherly Love may well be the most underrated destination for

culinary and culture travel in the U.S., as my recent visit proved.
Let’s start with food. Philly is known first and foremost for its cheesesteak sandwiches; Italian and Pennsylvania Dutch comfort foods aren’t far behind. But what foodies forget is that the city lies near the sea and farm country – which translates into two remarkable food markets. 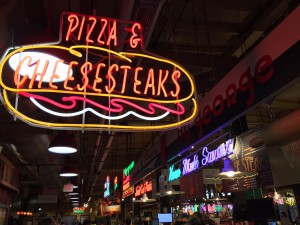 For visitors, getting to south Philly’s Italian Market  probably means a taxi, but the a strong through nine blocks of fish stalls, butcher shops, vege vendors and eateries from Vietnamese to Mexican – and of course, Italian —  is worth the fare. 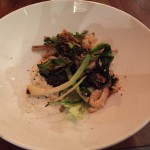 charred to create a series of distinctive tastes within a single dish, while the roasted beets served with roasted duck breast had the beet-hating Husband sated and sighing.

Now that you’re waistband is popping, it’s time for a stroll. Most people think of this city as the birthplace of Independence, and that would be right. And while you should stop in to see the Liberty Bell and the National Constitution Center, you’ll soak up the past you wander through Center City, stroll around 19thCentury City Hall with its mansard roof, or pop into the Post Office flanked by WPA-era sculptures.  As you 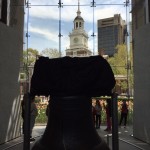 wander downtown, don’t forget to look up; the historic architecture is stellar (and almost outweighs the boxy horror of some of the 1970s infill projects.)

Culture, not history, was the draw for this particular visit. But since it had been a while since the last Philly visit – and since our feet can always use a break – we signed up for the Philadelphia Sighting Tourshop-on hop-off bus as a transportation mode.  The surprise: the tour itself was actually informative and fun, delivered by live human beings (imagine!) who are Philly natives who clearly love their city, warts and all. (Because we used it as transport, we heard bits of the tour from three different guides.) 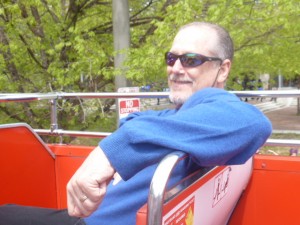 On the sightseeing bus

From them we learned that The Foodery sells  500 types of beer, that the city has at least two kaoroke sushi bars, the best and cheapest crabs are in South Philly at 9th Street and Washington, that the city has the country’s largest brownstone structure (the Basilica) and America’s largest outdoor art collection (including the Mural Arts Project, with well over 100 murals citywide, but quite different in nature from Miami’s Wynwood Walls.) 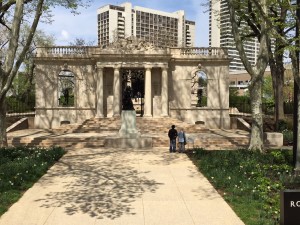 We had come to go to the Barnes, where former Perez Art Museum Miami director Thom Collins recently took the helm. We had figured we’d have time for visits to the Rodin Museum (home of to the most Rodin sculptures outside Paris) and the Philadelphia Museum of Art as well. But two days is not nearly enough time.

We did make it to the Penn Museum, a visual feast for anyone besotted with African tribal art, Egyptian pharaohs and Mesopotamian digs.

But the Barnes is, simply, staggering. By legal agreement, when the Foundation opened its new downtown campus in 2012, the salon-style arrangement of canvases and metalwork was preserved precisely.

While this decorative arrangement might have been somewhat suitable for a private home, it is definitely not the best arrangement for viewing the nearly 1,000 works by Renoir, Matisse, Gauguin, van Gogh, Cezanne, Soutine – plus a number of remarkable early Picassos. You long to see the 59 Matisses together in a single room, the Seurat juxtaposed with the Chicago Institute of Art’s Sunday in the Park, the 181 ethereal Renoirs in one heavenly space, the metal work together as a highlight rather than the afterthought it becomes.

Long before you make it to the Benin bronze on the second floor and the African figures nearby, your eyes will be glazed over, and you will need to head to restaurant for a Prosecco or take a break outside to admire the calming modernity of reflecting pools and angles designed by architects Tod Williams and Billie Tsien. 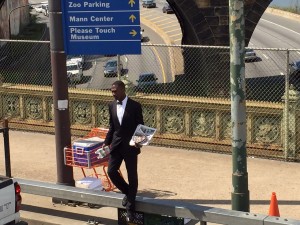 In Philly, culture can’t be contained in buildings (and we’re not just talking about the colorful but polite personalities you meet just about everywhere.) So for dinner, we head into South Philly for dinner at Victor Café..

Victor looks and feels like an archetypal Italian restaurant: wooden booths, red-and-white checked table cloths, multipuciano on the wine list,  vongole with fettucine on the menu and hundreds of photos of famous people on the walls. But don’t look for mobsters or movie stars in these pictures. Victor is all about opera. 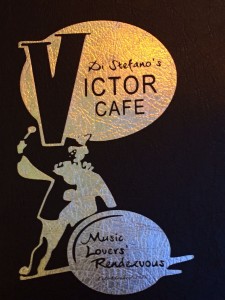 Those who greatest fear in life if five hours of Wagner need not fear. Arias here come in short bursts – courtesy of the wait staff. Philly is home to three major operatic schools, and talent here is enough to convert hip-hop devotees and country western lovers. (After all, what are those musical genres but simply riffs on musical story telling?)

And forget the buxom Brunhilda image. Some of the biggest voices came from slight young women svelt enough for a movie screen.

Even if opera isn’t on your playlist, this may be the ultimate birthday place, if only to hear the tried-and-true ditty in its most glorious form.

Our own waiter, John (who was heading the next day for Europe to join his boyfriend, a recent winner on both Jeopardy and Wheel of Fortune), knocked us off our chairs with a poignant rendition of the My Fair Lady hit, Here on the Street Where you Live. It was worth the visit alone. 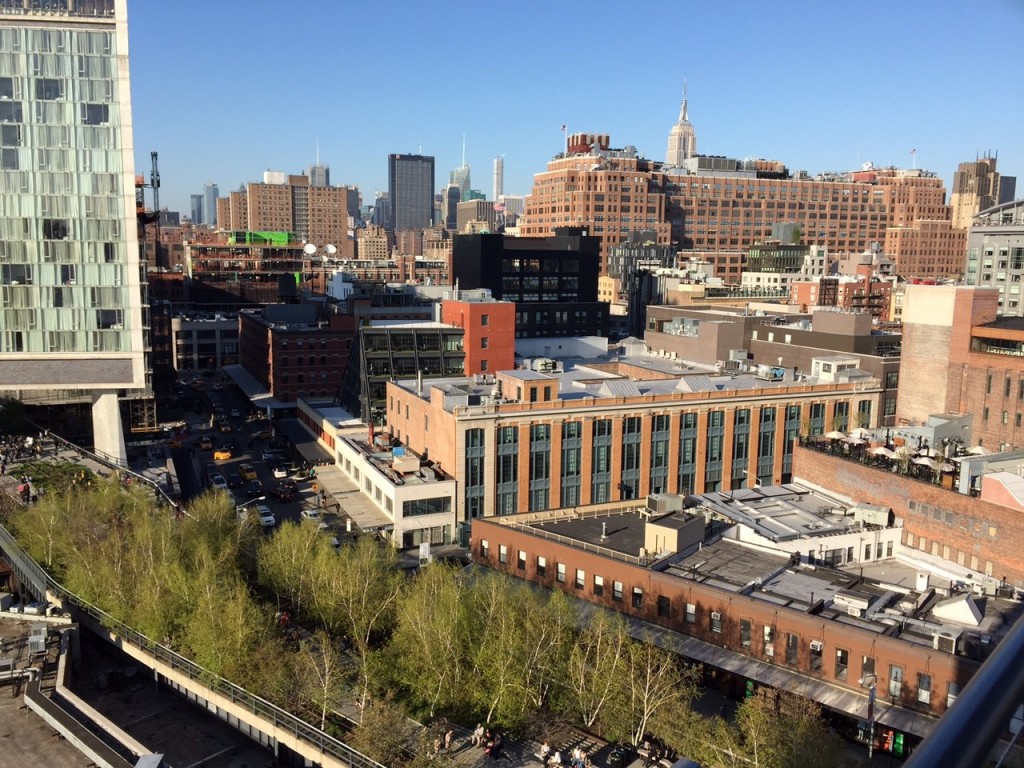 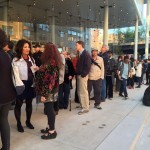 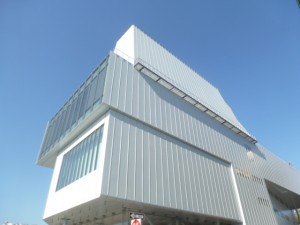 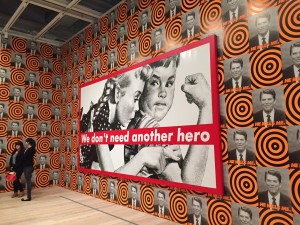